The Agnes Hill Chapter, National Society Daughters of the American Revolution, marked the grave site of Sergeant Robert Williams in Nashville, Tennessee on September 11, 2022. The event, occurring on the 245th anniversary of the Battle of Brandywine, was attended by descendants and friends from Pennsylvania, Missouri, and Tennessee.

From 1775 to 1783, tens of thousands of brave men and women risked their lives and their fortunes to secure independence for themselves, their descendants, and millions of others who would one day come to the shores of the United States of America seeking liberty.

This is the story of Robert Williams.

Using family documents, cemetery inscriptions, his pension application, accounts of the battles, and other surviving records, we can piece together the service of a man who helped to build a new nation. Robert Williams was born on the 18th of February 1733, probably in the North Carolina Colony. He likely married sometime in early manhood, but no records of his marriage or the name of his wife remain. We do know that he had children prior to the start of the Revolutionary war.

In February of 1777, at the age of about 44, Williams enlisted with the 8th North Carolina Regiment of Continental Troops commanded by Colonel James Armstrong, in Captain James Mayo’s company. This company would later become the company commanded by Captain Francis Tartanson. Robert Williams served as a sergeant under Mayo and Tartanson.

Sergeant Williams and the company met at Halifax in North Carolina then marched northward and began their campaign to engage the British. The company fought in the Battle of Brandywine on September 11, 1777. The battle was a defeat for the Patriots, but their resolve was not defeated. They regrouped and pushed on.

Sergeant Williams’ company moved east and again clashed with the British 23 days after the Battle of Brandywine at the Battle of Germantown on October 4, 1777. Some 11,000 Continental Army and Militia forces clashed with 9,000 British, Hessian, and Loyalist troops. Again, the Patriots were defeated. After the Battle of Germantown, Sergeant Williams was sent with the sick to the hospital at Bethlehem, Pennsylvania. The rest of the Regiment went to Valley Forge, where the 8th North Carolina was reduced and became the 2nd North Carolina Regiment.

According to research done by one of Sergeant Williams’ descendants, the Moravians settled the Bethlehem, Pennsylvania area. They lived in communes with a “house” for the men and a different house for the women. A husband and wife would go out together, evangelizing the local native populations, and the children were raised in a common pool. They were pacifists, so they refused to fight in the Revolutionary war, but the men gave up their house to serve as a hospital for Washington’s troops. The men’s house was built in 1748. Sergeant Williams was there from October 1777 until around early 1780. The building that was used as a hospital is still standing and today serves as a music building for the Bethlehem Moravian college. They’ve added to the building, but the original 1748 building is the same one Sergeant Williams lived in.

After he recovered from his injury or aliment, Williams worked as a shoemaker in Bethlehem. The Moravians had an “industrial park” in Bethlehem, including a slaughter house and tannery where cattle were butchered on the first floor. The hides were tanned on the second floor and perhaps shoes were made on the third floor. In classic ironic fashion, while Sergeant Williams worked through the winter of 1777/78 making shoes, the soldiers of the 2nd North Carolina Regiment who were not wounded, spent the winter in Valley Forge — needing shoes.

After the war, Sergeant Williams stayed in North Carolina for several years. Around 1805, Williams and his family moved from Pitt County, North Carolina to Davidson County, Tennessee. Williams, and at least one child, a son named Nathan, along with Nathan’s family, moved to the Nashville area. In 1818, Sergeant Williams applied for a pension in Davidson County based on his service in the Revolution. His application was granted and he received $8 a month until his death on May 28th, 1826.

Sergeant Williams was buried in the family cemetery, located on the Williams property in Davidson County. This small family plot, now in the back yard of a home near the Nashville International Airport, was rediscovered by descendants and surveyed in 2006. The cemetery contains 25 stones, some of them likely foot stones. Only 4 of the stones are inscribed. These are the stones of Robert Williams, his son Nathan, Nathan’s wife Phoebe, and Nathan’s daughter, Ann Williams Terry.

On September 11, 2022, on the 245th anniversary of the Battle of Brandywine, descendants of Sergeant Robert Williams will gather to mark the grave of their ancestor. A bronze plaque, approved by the National Society, Daughters of the American Revolution, will mark the final resting place of this Patriot of the American Revolution. May his story survive and may our nation remember the deeds of those who sacrificed so much so that we may live in freedom.

For my relatives who would like to know how they are related to Robert Williams, here are the details.

Her father was Johnston Williams, Sheriff of Gibson County, Tennessee (1809-1884). 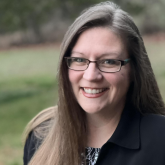